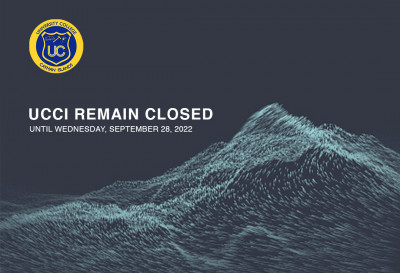 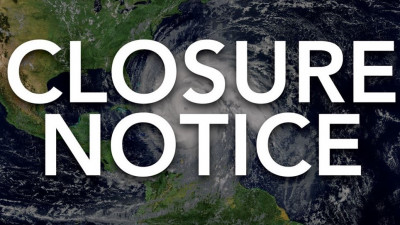 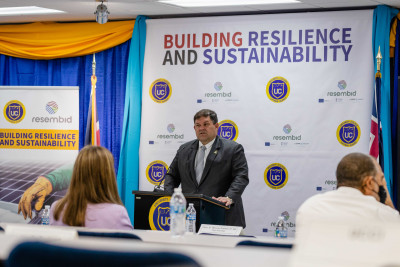 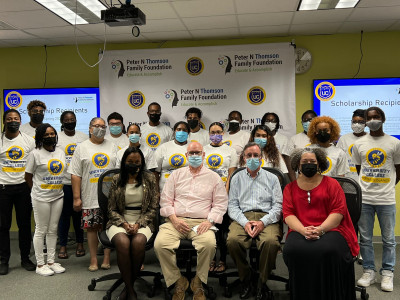 Thursday, Mar 17 2022 $25,000 in Scholarships Awarded to Fund Student Success Thanks to UCCI and the Peter N. Thomson Family Foundation

Last week, the Global Coral Reef Monitoring Network released the largest analysis of coral reef health ever undertaken indicating that between 2009 and 2018, there was a progressive loss amounting to 14% of the coral from the world’s coral reefs.

Fortunately for the Cayman Islands, that was not true of its local reefs, or of most of the reef life in the Caribbean. In fact, the amount of coral on Little Cayman’s reefs increased 18% during that time period. By comparison, the average increase in coral across the entire Caribbean was 1.6%..  We know this because of the work of Carrie Manfrino, a research professor at the University College of the Cayman Islands and the founder and CEO of the Caribbean Institute of Science and Sustainability. Manfrino, founder of the Central Caribbean Marine Institute, has been surveying and studying corals for decades.

“The data from the Cayman Islands has been incorporated in the GCRMN Status of the Reefs since 2004,” Manfrino said, noting that this most recent study is the sixth that the agency has released since it began analyzing global data in 2002.   The reports include 40 years of monitoring data for some regions of the world.

“The new global report clearly shows that temperatures continue to rise and temperature anomalies – these are periods when the temperature exceeds the mean averages -- are increasing in frequency,” she said.

UCCI President and CEO Stacy McAfee said the university is playing a key role in helping to understand and maintain the Cayman environment.

“Dr. Manfrino is a top researcher in her field,” McAfee said. “We are pleased to have her research expertise at UCCI and to support this important work. The local reefs are a vital part of Cayman’s culture and economy. It’s important that we do all we can to understand and protect them.”

Amid the dire data, there is also some good news, Manfrino said. She looks back to what has happened with Caribbean coral populations since a global bleaching event in 1998. Then, Cayman and its neighboring islands suffered loses greater than many other areas of the world, losing 40% of coral cover in five years, compared to an 8% loss worldwide.

However, by 2010, many of those corals had recovered and new communities of coral developed. Reliable data was possible because Manfrino, along with more than 40 other scientists, helped establish protocols for accepted survey methods, which would yield consistent results.

In 2013, Manfrino and her colleagues published their findings on the coral recovery in a paper titled “Positive Trajectory of Little Cayman’s Reefs”.

“Our conclusion was that on a decadal scale, the reefs in the Cayman Islands were resilient and could survive climate change impacts, but only if local pressures were removed,” Manfrino said. “We didn’t know at the time that the rest of the world was on a similar positive trajectory. This is, in fact, the major takeaway from the 2020 report. And this is extraordinary news.

What is means, Manfrino said, is that despite the fact this latest report shows worldwide coral loss equivalent to the entire Great Barrier Reef, if left alone, many of these populations can regain their footing.

“Reefs have a chance to recover from climate stress if local pressure is minimal,” Manfrino said.

However, the reality is that looking as far back as 1999, the longer-term trends for the Cayman Islands, are not all that encouraging. While coral populations have been growing, they still have not reached pre-1999 levels.

The 2020 Report found that areas with the highest coral cover and diversity may confer a degree of natural resistance to elevated sea surface temperatures. Coral reefs in the East Asian Seas region, which includes the Coral Triangle and 30% of the world’s coral reefs have, on average, more coral in 2019 than they did in 1983, despite being affected by large scale coral bleaching events during the last decade.

The problem is that the impacts of climate change and human activity is not going away. Coral reefs globally will come under more stress as sea surface temperatures continue to rise and temperature anomalies become more frequent giving less time for them to recover,” Manfrino said. On a local level, land-based pollution such as input of nutrients and sediments from coastal development and mangrove extraction, marine pollution, and overfishing and destructive fishing practices are creating unneeded stress. These stressors are causing problems like increased algae, decreased biodiversity and reduced productivity (fecundity). Corals have very limited capacity when it comes to adapting to these stressors in the short term.

Protecting biodiversity will keep coral reef ecosystems intact so they can contribute to the ability, especially for island nations, to adapt to climate change, according to Manfrino.

“Communities and government can take action and prioritize real solutions,” she said. “Species that we know we are losing should be given time to recover.  Unless actions are taking to protect what we have left, there is not much hope for our reefs.”